I found that Penny Farrow's analyses are right on-the-mark. Her command of the science and art of Jyotish is validated for me in how events have unfolded in my life. She looks at many angles and levels of the chart, and calls it as she sees it. Her advice has proven valuable in evaluating business, career and other important life issues.

“Don’t think the garden loses its ecstasy in winter.  It’s quiet but the roots are down there riotous.”

The Decade of Perfect Vision

Welcome 2020 or is it 20/20? Why not both? Why not a decade of perfect vision? Why not the opportunity to re-envision what is truth, what is beauty, what nourishes and supports?

I wish for all of you to see through eyes wide open with clarity and comprehension. And I wish you all the strength of dharma to do what needs to be done with joy and serenity.

The intense transits of the last half of 2019 will have relief at the end of January when Saturn moves out of Sagittarius and into its own rashi of Capricorn. This will initiate a five year period in which Saturn has dignity by transit - 2 ½ years in Capricorn and 2 ½ years in Aquarius. What does that mean?

The Jyotisha shastras describe many different planetary states (avasthas) and among the very favorable states is one called svastha. It is considered to be a dignified state as the graha is “living” in its own rashi and therefore “rules the roost”. You could translate svastha as self-sufficient, comfortable, contented and at ease. My favorite real estate analogy is to think of it as an owner living in his or her own home. If you live in your own home, you can put your feet up on the coffee table, paint the bedroom orange and do whatever you like.

So in the avastha of svastha, a graha has these kinds of attributes. But since Saturn will be in Capricorn for everyone, does that mean everyone will be doing a happy dance? Though in a very general way, it is better to have a graha transiting its own rashi, the individual horoscope will be the arbiter on whether a particular person will benefit.

For example, if someone has a Capricorn ascendant, they might feel a big change from a Saturn that has been transiting their twelfth house and essentially glued to Ketu as it has been since last spring. Also, since as it takes Saturn 30 years to make it around the zodiac, it would be hugely consequential for them to have Saturn transit their ascendant - all the more so if they happen to have Saturn in or aspecting their lagna in the natal chart. That said, the impact will depend on what Saturn is doing in the natal chart and how the transiting Saturn plays into all of that.

Let’s look at a couple of possibilities for Saturn transiting Capricorn and and what it might mean for the native.

Obama has essentially been MIA (missing in action) over the last two and a half years. Wait a minute? Did I say two and a half years. Well, it’s not exact but essentially Saturn went into Sagittarius at the end of October 2017. This would correspond to the Saturn transit of the 12th house for a Capricorn ascendant, a place of inward assessment, contemplating losses, needing privacy and rejuvenation. That pretty well sums it up.

What might we expect from the Capricorn transit? In Obama’s chart it could be dramatic since Saturn is the powerful lagna lord in the lagna, retrograde and a qualified vargottama creating a Shasha yoga and a raja yoga of the ninth and first lord. Those combinations will now recur by transit and the promised effects of the first bhava will fructify during such a transit.

It’s possible that Obama brings his re-evaluation and contemplations of the 12th house transit out into effective action tempered by a reality check on what is and isn’t possible. Where can he contribute the most with his particular talents and strengths? It will be interesting to observe.

Since Saturn transits through a rashi once every thirty years, we don’t have a lot of recurring data for the exact transit but we can still spot a pattern. Note that Saturn in her chart is in the second bhava with a debilitated Mars and afflicting the natal Moon in the 8th. Note as well that Jupiter, the ruler of the 7th house, is twelve away in the 6th in the Rahu/Ketu axis with no stabilization, and that the 7th house has no stabilization either.

Gemini is an ascendant that needs strong marriage indicators or the native may wind up with multiple marriages. Indeed Cheryl Tiegs has had four marriages.

Because the Moon is in Capricorn, a transit by Saturn means the native is in the middle of their Sadhe Sati. Saturn would have already transited the unstable 7th bhava prior to coming over the Moon. So what happened when she had such a transit?

There were only two times in her life thus far when Saturn transited Capricorn. She was just a tweener the first time but the second time was in 1990 and with retrogressions in and out of Capricorn, it encompassed much of the time of her third marriage to the son of Gregory Peck. The marriage suffered all through that time from Anthony Peck’s alcohol addiction. They divorced in 1995 as the Sadhe Sati was ending.

Cheryl Tiegs is unmarried presently and vows not to marry again so maybe there is wisdom accumulated from her previous outings. It will be interesting to see if still more time and resources are directed to humanitarian issues as she is already active with four major charities. Perhaps her dharma and moksha lords activated by Mercury dasha and soon to be Saturn bhukti will motivate her even more when Saturn returns to its own 8th house as lord of the 9th.

Jupiter and Ketu Left on Their Own

As a result of Saturn moving into Capricorn, Jupiter and Ketu will be together in Sagittarius for almost a year. The nodes will move into Taurus (Rahu) and Scorpio (Ketu) September 23rd 2020.

When Jupiter is powerful, this combination, in the context of the right chart, can indicate a significant initiation or inclination towards a spiritual practice or commitment. Jupiter is the graha of dharma and Ketu is considered the karaka of moksha so the combination can be promising in that way. But the ecosystem of the chart is of utmost importance.

Let’s take a quick look at the chart of Swami Prabhupada, a chart with the highest expression of this potential:

This exceptional chart has an exalted lagna lord Saturn, an exalted Mercury, and exalted Moon and swa rashi Sun. Note the amazing combination in the 8th house - swa 8th lord Sun, Jupiter and Ketu. The 8th house is a moksha sthana and Jupiter owns the 12th house - the principal house of moksha. As a moksha lord going to a moksha house in this configuration, this is stunning. If Jupiter and Ketu were to be yuti in transit, it would be hugely significant in a chart like this and should that happen in a moksha sthana it would be a spectacular confluence of spiritual achievement.

The Media Corner: A Portrait of Grace

It’s pretty rare that the media corner would include social media but this precious piece came to me via a family member and I wanted to share it.

Here is the text of the post written by a worker in the facility referred to below: 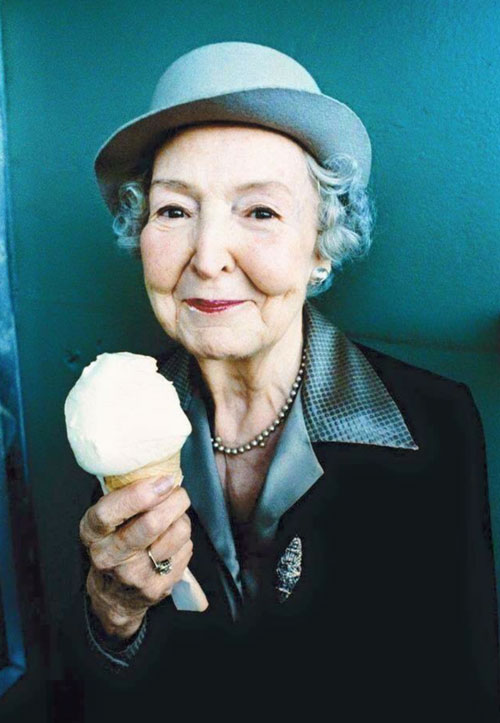 This 92 year old, petite, and well-poised and proud lady, who is fully dressed each morning by eight o’clock, with her hair fashionably coifed and makeup perfectly applied, even though she is legally blind, moved to a nursing home today. Her husband of 70 years recently passed away, making the move necessary. After many hours of waiting patiently in the lobby of the nursing home, she smiled sweetly when told her room was ready. As she maneuvered her walker to the elevator, I provided a visual description of her tiny room, including the eyelet sheets that had been hung on her window. “I love it, “ she stated with the enthusiasm of an eight-year -old having just been presented with a new puppy. “Mrs Jones, you haven’t seen the room…just wait.” “That doesn’t have anything to do with it, “ she replied. “happiness is something you decide on ahead of time. Whether I like my room or not doesn’t depend on how the furniture is arranged, it’s how I arrange my mind. I already decided to love it. It’s a decision I make every morning when I wake up. I have a choice; I can spend the day in bed recounting the difficulty I have with the parts of my body that no longer work or get out of bed and be thankful for the ones that do. Each day is a gift, and as long as my eyes are open, I will focus on the new day and all the happy memories I’ve stored away, just for this time in my life.” She went on to explain, “old age is like a bank account you withdraw what you’ve put in. So, my advice to you would be to deposit a lot of happiness in the bank account of memories. Thank you for your part in filling my Memory bank. I am still depositing.” And with a smile, she said: “Remember the five simple rules to be happy: 1. Free your heart from hatred. 2. Free your mind from worries. 3. Live simply. 4 Give more. 5. Expect less”