I have spoken to several insightful Jyotishis. What sets Penny apart is the depth of detail she provides about what is behind the predictions. She conveys not only what the chart says, but why. Her readings have taken me far in the direction of understanding all this life as an expression of my Self at play.

“In the center of all rests the Sun. For who would place this lamp of a very beautiful temple in another or better place than this from which it can illuminate everything at the same time.”

On a Personal Note 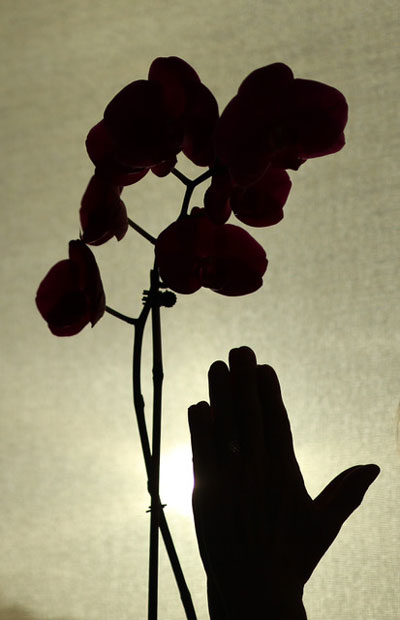 So many things have changed with sheltering due to Covid. I know I join the legions of people world-wide who have been reflecting on what to prioritize in life. I have realized that it is time for me to step back from readings and focus entirely on teaching and writing. It feels right for me to do what I can to train the next generation as my modest offering, my little candle of light, in gratitude to my teachers and to the majesty of the tradition.

Thank you to the many of you who entrusted me with the honor of doing sessions for you. Working with you all has sped me along in my own growth, a gift I will never forget.

I am excited about the wonderful and diverse students I have taught and am continuing to teach. Some have gone on to make Jyotisha their life’s work and I would be very happy to give any of you referrals to them for your future readings. Please email me .

And of course, I will be continuing with these newsletters and other writings such as my ongoing column “The Eastern Window” in The Mountain Astrologer. Something else is in the works which I will send you information on sometime soon as you are subscribers to this list.

The bulk of my time will be spent doing what is closest to my heart - teaching in a way that is transformational rather than transactional. I am dedicated to shaping the thinking of emerging Jyotishis and preserving the integrity of how I was taught through the oral tradition of lively interchange with students albeit updated for the times. If you have a tickle to join the very rich online sanga studying Jyotisha, you would be most welcome.

An appropriate theme song for what was recently a spectacular sight in many parts of the world. The so-called “ring of fire solar eclipse” is technically known as an annular eclipse. Annular is from the Latin anulus meaning ring. How does it differ from a total solar eclipse?

The secret is the distance the moon is from the earth. When it is further from the earth, the moon’s disc is smaller and therefore it covers only the center of the sun, leaving that ring of fire around it. During last weekend’s annular eclipse the moon was positioned such that the disc of the sun was well covered, resulting in quite a narrow ring and a sky that went darker than usual for this kind of eclipse. It was more like the total eclipse which happens when the moon, moving between the earth and the sun, is at the perfect distance to block the sun’s disc completely. 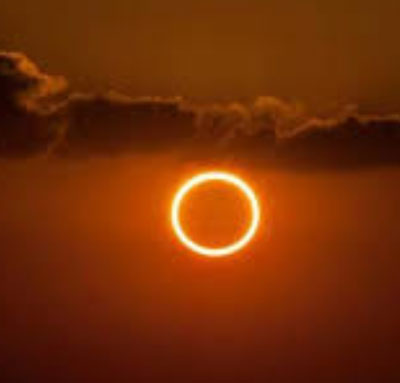 In the last newsletter I mentioned that the solar eclipse of 2017, visible as it went from west to east across the US, was hosted by the nakshatra of Magha, a key nakshatra for President Trump. This eclipse was not visible and therefore does not have the same impact but yet, it caught my eye that the nakshatra holding the Moon, Rahu and the eclipsed Sun was Mrgashirsha. That is the nakshatra occupied by lagna lord Sun and Rahu in Trump’s 10th house of government. Perhaps another indicator of troubles in the governance of the country.

If we define dignity In the astrological sense, transiting grahas are due to enter dignified states - own rashi (swastha) and exaltation (ucca or deepta).

Swastha is a state of self-sufficiency - an owner living in his or her own house. There is a sense of well-being, comfort and security depending, of course, on the local conditions in a particular chart.

Exaltation is a more glorious state. Ucca, and Deepta are Sanskrit terms which can be rendered as a graha at the pinnacle or highest state (ucca), or an excited state (deepta) described as radiating light. I think of it as a graha operating at a higher octave.

Saturn has been steadily transiting its own rashi of Capricorn since January 24 2020. Jupiter and Mars were also in their own rashis around then but that shifted big time when Jupiter went debilitated at the end of March. Mars left its own rashi of Scorpio, moved through Sagittarius and then joined the Jupiter/Saturn yuti in Capricorn, the exaltation state of Mars, also at the end of March. It moved out of Capricorn May 4th.

However, Jupiter will be returning to its own rashi (Sagittarius) on June 30th and will remain there until November 20th. Over the course of the summer almost all of the other grahas will start to move into their own or exalted rashis. As that happens, there are several days when many of them are in dignity. By September 2nd, a remarkable five of them will be in their own rashis.

The culmination of this move towards dignity is a truly unusual pattern happening on September 8th, 9th and 10th. All the sapta grahas (nodal axis excluded) will be swa or exalted except Venus who, however, will participate in a parivartana yoga (exchange) with the exalted Moon. This is akin to Venus “visiting” its own rashi of Taurus and on a virtual level, it is dignified and strengthening its own house while the Moon goes home to Cancer - trading exaltation for own rashi, both of which are dignified states. September 9th is the only one of the three days that has this configuration all day long. As auspicious as this is, local conditions of a particular nativity prevail.

How unusual is this configuration? In scanning the cosmic patterns since 1800 (with thanks to Nikhil Sharma for doing that research), three time frames came up when there were six grahas in dignity without any exchange - April 1904, April 1936 and September 2014. There were also some time periods where four were dignified and two others were brought into the pattern by parivartana but neither of those two had a dignity to begin with and the seventh one was still not dignified. September 2020 is unique (as far as we were able to ascertain) in having a pattern where six grahas were already in dignity and the the seventh one was brought into the pattern without any of the others stepping out of a dignified state.

Oh wait! There is a chart with quite a compelling pattern, even better than September 9th. Though it is from quite some time ago, it might be worth a look.

Thanks to our Suraesh Bala, I came to know of Raj Vedam, co-founder of the think-tank Indian History Awareness. In a fascinating Ted talk entitled “Of Ancient Star-Gazers and Story-Spinners”, he connects the dots between astronomical realities and traditional myths that teach and preserve them.

He starts off with a wonderful Greek myth involving the Pleiades and then switches over to India (6:25), ending with a mind boggling unfoldment of the astronomical truth embedded in the tale of Moon’s infatuation with Rohini.