When I first found Vedic astrology nine years ago, I was very fortunate that the universe graced me with Penny as the teacher that would help me navigate this complex and amazing art and science. She is a first rate teacher and Jyotishi. She understands Jyotish at a very deep level. I recently asked Penny for a reading and it was spot on as I knew it would be. She understood where I am in my spiritual and emotional development and how the unfolding is taking place and will continue to take place, and how this will manifest in the physical realm.

“We could not help contrasting the equanimity of Nature with the bustle and impatience of man.  His words and actions presume always a crisis near at hand, but she is forever silent and unpretending,”

Seems like a good topic for right now. Equanimity comes from the Latin æquanimitas (aequus even; animus mind/soul). So many lovely words come from the Latin root aequus - words like equality and equilibrium. But equanimity, well, it is something special. The dictionary definition is mental calmness, composure, and evenness of temper, especially in a difficult situation.

It is one of those concepts that finds a home in all wisdom traditions. For those interested in the Vedic tradition, the Bhagavad Gita is filled with beautiful verses of Lord Krishna revealing to Arjuna the well-lit path of karma yoga, the path of equanimity. This verse from chapter 2 is one of the most famous: 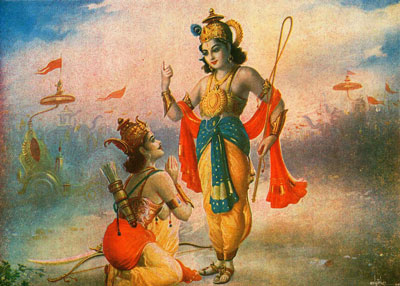 Remain steadfast in yoga Dhanañjaya (Arjuna)! Perform actions abandoning attachment and remaining the same in success and failure. This evenness of mind is called yoga. (2.48)

There was a song by that title some fifty or so years ago lodged in the memory of my very lovely Vedanta teacher, Janani, We have tried to track it online but it seems all that is left is her memory of these two verses:

“Lord, here is pleasure, here is pain, here is loss and here is gain. Take them all, I pray, I pray and give me equanimity.”

“Lord, here is youth, here is age, here’s the first and the final page. Take them all I pray, I pray and give me equanimity.

And there is one more word to consider - equinox. So let’s take some time on this equinox, and at this time in our world, to ponder the value of equanimity

How Would you see Equanimity in a Chart?

It is an interesting question. If you are envisioning a chart where everything goes smoothly for the native, you might need to think again. The shloka from the Gita is clear that it is one who faces all circumstances with the same evenness. This would most likely be seen in a chart of someone with mature discernment - a quality of a purified buddhi, capable of reflecting the light of pure consciousness without distortion.

A good example would be the chart of Yogananda Paramahamsa:

The bhava of discernment is the fifth bhava of the horoscope. We see that Yogananda’s lagna lord, Sun, has gone to the fifth bhava making an excellent budhaditya yoga. This yoga gives the phala (results) of intelligence as the Sun lights up the buddhi, the discerning part of the mind. In this case it is especially potent as the Sun and Mercury are in the fifth.

A budhaditya yoga occurs in a third of all charts since Mercury can not travel further than 28* from the Sun. Therefore, such a yoga must be scrutinized to see if it can deliver its promise. There are several formations that would point to a high-quality budhaditya yoga, the most vaunted of which is to see it tied to the lagna and/or the fifth bhava. Here it does both. The Sun is the lagna lord and in the fifth. Furthermore, the yoga is immaculate - there is no aspect from a natural malefic. If you read the chart from the Chandra Lagna, the whole combination repeats again, a powerful example of confluence.

If we looked more deeply into Yogananda’s destiny pattern , we would see that he also has a yoga that gives him detachment from worldly achievement. In his case, it was a signature for becoming a sannyasin. Others with such a yoga might stay in worldly life while remaining unattached to its ups and downs thus fulfilling Lord Krishna’s description of a karma yogi.

In the right chart, this kind of yoga points to someone with vairagya - full maturity.

Major changes are happening for key grahas in these next few months. Indeed, it has already happened with Rahu/Ketu. They have moved out of Gemini/Sagittarius into Taurus/Scorpio where they are exaggerated - Ketu exalted and Rahu debilitated. As always, this becomes meaningful only in the context of an individual’s chart unless there is a wider consequence, such as one that might affect the leader of a country.

In fact that is the case for the US as President Trump has the nodal axis in exactly those rashis and in the same degrees where Rahu and Ketu will be transiting from here through election day. The transit will continue for eighteen months but the most consequential phase with respect to Trump will be in these next weeks.

There is an interesting article in The Mountain Astrologer’s most recent issue (#213 October/November 2020) by Linda Johnsen discussing this transit and more with respect to the election. I wrote briefly about Trump’s chart in the winter issue of the Newsletter after the 2016 election (volume 35).

Also very consequential is the transit of Jupiter from its own rashi of Sagittarius into Capricorn where it is debilitated and with Saturn. This transit last happened last fifty-nine years ago though we had a short version of it last spring (March 29th 2020 through June 30th 2020). At that time Mars was also in Capricorn (end of March through May 4th) intensifying the results even more. The month of April was the peak of Covid in New York racking up the highest death count in the nation. Fortunately, Mars will not rejoin the Jupiter/Saturn yuti.

There will again be some relief when the yuti breaks up with Jupiter moving into Aquarius for a good stretch of time April 6th through September 14th 2021. When Jupiter rejoins Saturn in Capricorn, they will only be together for a little over two months as Jupiter moves forward again to Aquarius November 20 2021.

It is evident that regardless of the results of the USA 2020 election, the world is in for a rocky ride stretch. It is a good time to resort to mental and physical practices to help you maintain equanimity. Reaching out to others is an excellent place to start as well as being in the company of the wise, being in nature, breathing and being grateful. 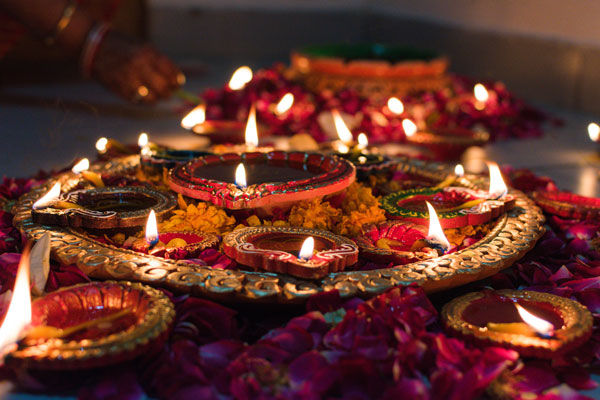 Approximately every three years, the cycles of the Moon and Sun have to be reconciled. Somewhat akin to Leap Year, there is an adjustment of adding an extra month known as Adika Masam.

This year it comes immediately after the ending of the fortnight honoring the progenitors (Pitri Paksha). It began on September 18th and will end on October 16th. This unusual timing has caused the holidays of Navaratri to be postponed a full month as it usually follows right after Pitri Paksha. The last time this happened is said to be 165 years ago.

Adhika masam is one of the most sacred times in the tradition. It is also called Purushottam masam. Beginning any new material venture is not recommended during this time. However, it is one of the best times for spiritual practices, especially for those who chant the Vishnu Sahasranama.

On October 17th, the nine days of Mother Divine, Navaratri will begin. This is the celebration that brings in the shakti of the Devi in the form of Durga, the slayer of darkness. The season will culminate on Diwali, the inspiring festival of lights, on November 6th. Opening to the light through these momentous weeks will be of utmost importance.

You are probably not surprised that this is the Media Corner for this newsletter. I am really proud of my eight authors for their fine contribution to the initial issue and we have been very happy with the response and feedback. The plan is for this to be a semi-annual journal. I’d love to get suggestions you might have in general and any topics you would be interested in reading.

Th Cosmic Kaleidosope Journal is a collaborative effort to cultivate the ability and provide a vehicle for all levels of Jyotiṣa students who would like to write and publish peer-reviewed articles on śāstra based principles.