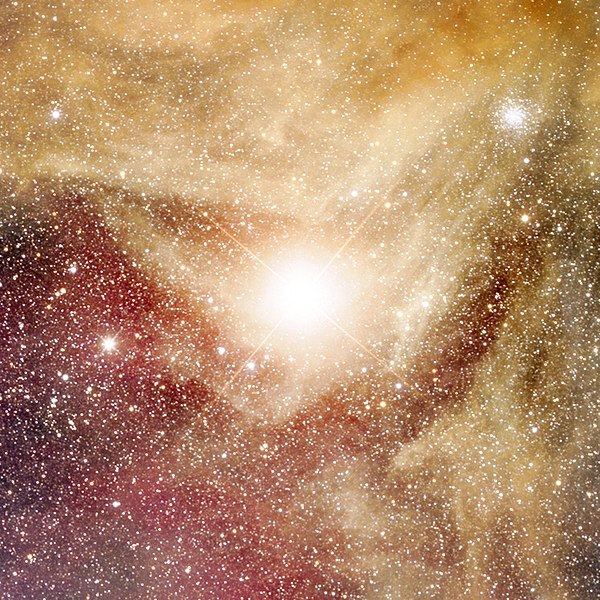 Picture yourself alone, gazing up at the glittering vault of the heavens on a clear night in an ancient land. Perhaps you are on a watch tower in Babylonia or in the plains of Gujarat or on the shores of the Indian Ocean. There is no ambient light from a city. There are no distractions from entertainment devices. It is just you and the enchantment of the points of light in all directions. Some are blazing and immediate. Others are remote and obscured. Some are even seen to be moving against the backdrop of the other silent witnesses. Night after night, you observe them, as did your forefathers. Inexorably, a rich legacy is built, enriched, and passed down as patterns that emerge over years of patient observation mingle with the inner light of cultivated minds. 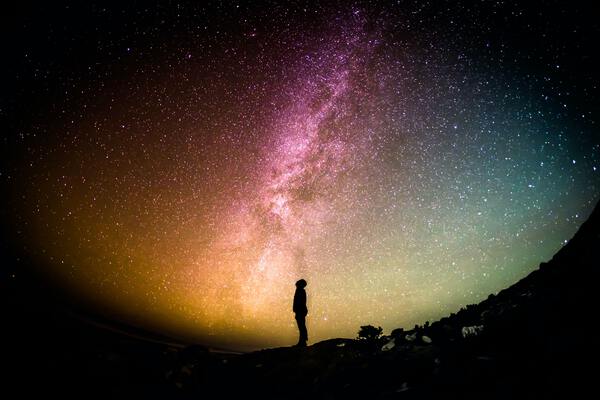 Such a legacy emerged in Vedic times in India, where the study of astronomy and astrology was inextricably entwined. The foundation of Jyotiṣa was the study of the natural sky (gola) and the calculation (gaṇita) of the patterns that the moving lights, the planets or grahas, made over the years against the backdrop of the fixed stars.

These ancient seers mapped out a circle of 27 asterisms[1] (stars or star groups) known as nakṣatras. The zodiacal distance between them corresponds to the average daily motion of the Moon, 13°20’, as it travels along the ecliptic. Each zone of 13°20’ is anchored by a principal star referred to as a yoga tārā. In some cases, there is more than one yoga tārā. Usually, the yoga tārā is the brightest star in that zone and/or the one closest to the ecliptic. Not only could the Moon be mapped to one of these zones on any observational occasion, but all the visible grahas could be, as well.

The astronomical observations of these ancient seers are available to us through the long corridor of time, found in treatises known as Siddhāntas.[2] The accuracy of the calculations therein continues to astound contemporary astronomers, since all of its intricate computations were done without the benefit of telescopes, computers, etc. The most cited source for the marking stars or yoga tārās is the Sūrya Siddhānta, the dating of which remains a lively dispute.

Fixed Stars and the Ancient World

It should come as no surprise that observations of the sky watchers of the ancient world converged on a similar set of bright zodiacal stars. Indeed, three of the yoga tārās detailed in this journal were included among the four Royal Stars of Persia. These stars have an apparent magnitude of 1.35 or brighter, are the brightest stars in their constellations, and are among the 25 brightest stars in the night sky.

The most ancient texts in the Vedic tradition are the four Vedas, (a word from the root vid meaning “to know”). It was in the form of hymns or metered verses, facilitating their transmission through the ages. The knowledge referred to is not mundane knowledge. It is deep, cognitive understanding of the very process of creation. It is thought that the ancient ṛṣis (seers) were contemporaneous with the cycle of creation and the verses came through them, as if whispered by the Creator. Jyotiṣa is one of the six limbs of the Vedas (Vedāṇgas), the eyes of the Veda, through which the knowledge of the Vedas is preserved, especially with respect to auspicious timing of when to do rituals based on sky patterns.

References to nakṣatras appear even in the most ancient of the four Vedas, Ṛg Veda. While they are referred to collectively in several verses, only a few are specifically mentioned by name. However, all the nakṣatra deities are hymned in many verses of this text.[4] The appearance of the complete set of nakṣatras occurs in the Tattirīya Brāhmaṇa of Kṛṣṇa Yajur Veda in verses often referred to as the Nakṣatra Sūktam. This portion of the Veda helps people as they move through this worldly life. Each nakṣatra is associated with a particular desire, and when the Moon is in that nakṣatra, the recitation of its hymn could bring about fulfillment of that desire.

The main source of information regarding nakṣatras in the Vedas are hymns to Vedic deities, who are the nakṣatra deities. Post-Vedic literature includes the voluminous Purāṇas, which includes diverse topics such as cosmology, genealogies of gods, goddesses, kings, heroes, sages, and demigods, folk tales, pilgrimages, temples, medicine, astronomy, grammar, and more.[5] Like the stories and myths of other great traditions of the world, these are regarded as precious gems of cultural heritage. Apart from what they might reveal about a civilization, often there may be more preserved in those tales than what first meets the eye.

An astronomer/astrologer of old might regard some of these teaching tales as a device for codifying important astronomical observations. A relevant example with respect to the topic of nakṣatras comes from the Śiva Purāṇa regarding the marriage of the Moon to the 27 daughters of Dakṣa. He promises his father-in-law that he will treat all of the wives equally, but one of the wives, Rohiṇī, is irresistible, and he favors her above all causing great jealousy among the sisters. This caused the Moon to be cursed to wane and disappear every month. The sisters are the 27 nakṣatra tārās. The astronomy of the gati (gait or movement) of the Moon as well as its waxing and waning cycles areis preserved in this story as the Moon must move around 13°20 per day to visit each wife in a month.

And there is even a more amazing astronomical event attributed to this same story. It is observed among astronomers that the Moon, especially, can completely cover some of the principal stars as it travels along the ecliptic. This is called lunar occultation[6].

It turns out that if a principal star is located between 4°-6° from north or south of the ecliptic, there are clusters of occultations and they repeat with a periodicity. Rohiṇī (Aldebaran) is 5°S58’ from the ecliptic. The ancient sky watchers noted that the occurrences of occultation of Rohiṇī were much more frequent than any other star, i.e., the Moon “covered” Rohiṇī “preferentially.” Is the myth regarding the Moon’s passion for Rohiṇī coincidental or a way of preserving an astronomical truth?[7]

Aside from tracking the location of grahas more accurately along the zodiac, there are many ways these enticing stars are used in unfolding destiny patterns. This Journal is dedicated to unfolding how the light from some of the brightest of the yoga tārās and/or those that are closest to the ecliptic imprint what they shine down upon in fascinating ways.

Nakṣatra vicāra (analysis) starts with direct perception. What stars can be seen with the naked eye naturally? Do they jump out at you with their glitter? Do they dominate the area? Do they have a characteristic color? From this immediate impression, the nakṣatras are said to have a pratimā, or symbol. It can be literal or metaphoric. For example, the pratimā of the star of Citrā is said to be a jewel, and indeed, the star is incredibly bright, sparkly, and captures the attention. For another nakṣatra, Aśvinī, in the context of the surrounding stars, its twin yoga tārā stars fit into a pattern resembling a horse’s head. From these observations comes inferences as to what kinds of themes might come forward for a native born with the light of that particular nakṣatra influencing key features of the chart.

The Role of the Tradition in Unfolding Nakṣatra Meanings

Received knowledge from the tradition, both oral and written, is another very rich source of meanings. The Nakṣatra Sūktam mentioned above is a seminal source, as it calls each of the nakṣatra deities in order to the sacred sacrificial fire to receive offerings.

The ancient “roll call” began with Agni, the fire deity, for how could there be a sacred fire without fire? Therefore, traditionally, the sequence of nakṣatras starts with Kṛttikā, as Agni is the deity for that nakṣatra, and ends with Bharaṇī, with deity Lord Yama. It is significant that the principal Vedic deities follow in immediate succession—Lord Brahmā, Soma, Rudra, Aditi, etc. However, when rāśi-based Jyotiṣa melded with the nakṣatra maṇḍala (circle of stars), the emphasis shifted to starting with 0°Aries, and Aśvinī became the start of the sequence.

This direct linkage of a nakṣatra to a Vedic deity opens up a world of possibilities from the etymological significance of the Sanskrit name itself (nirukta) to the myriad of verses and stories about that deity. Then, there is the nirukta of the name of the nakṣatra itself and all the hidden meanings that might reveal. All of these are then integrated and melded within the context of a particular native’s chart under consideration as to how these points would operate in that destiny pattern.

The Potency of Proximity

There is yet more to be considered in terms of how potently the activation of the themes of a nakṣatra will manifest in the life of a native. A key concept is proximity to the yoga tārā(s) of each of the nakṣatras. A rule of thumb is that an important chart factor especially the rising degree and the lord of the ascendant (lagneśa) should be within 1°30’ to either side of a yoga tārā. However, hard and fast rules are foolhardy in most endeavors, and especially interpretation. For example, multiple stimulations of a nakṣatra by grahas that are not that proximal can also be powerful. A key graha, like the tenth lord in the chart right on a yoga tārā can also be highly consequential, especially if the daśā is running.[8]And the power of a singularly bright star that dominates a region of the zodiac can encompass a wider range and still engender powerful results.

The nine articles that follow will demonstrate how some of the brightest nakṣatra tārās can vividly reveal the modus operandi of chart owners not easily accessed otherwise. This journal is an invitation to you to explore these intriguing nakṣatras. 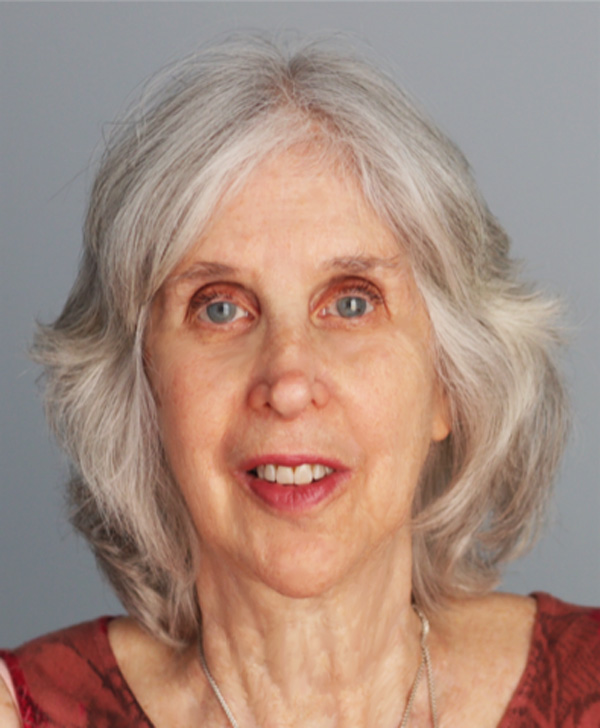 Under the tutelage of Hart de Fouw, Penny has found her calling teaching and practicing Jyotiṣa since 1993, She has recently stepped back from doing consultations to devote more time to work with her students, write, and spearhead projects like Cosmic Kaleidoscope Journal. She has an extensive online program in both Jyotiṣa and Sanskrit. Her teaching model emphasizes direct contact and mentoring of her students.

[1] Asterisms is the term applied to small star groups within larger constellations.

[4] Radhe. 2014. The Divine Forces of the Lunar Nakshatras: as Originally Portrayed in the Vedas. CreateSpace Independent Publishing Platform.

Radhe. 2014. The Divine Forces of the Lunar Nakshatras: as Originally Portrayed in the Vedas. CreateSpace Independent Publishing Platform.