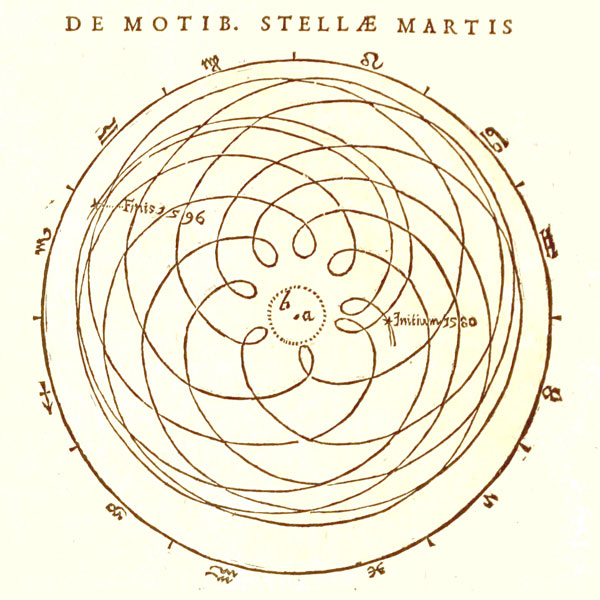 What is Retrogression Anyway?

The five visible grahas do not always move in a steady path through the ecliptic, the apparent path of the Sun among the constellations in the course of a year1. Clearly this puzzling behavior caught the attention of ancient sages and no doubt spurred them to study these grahas. As sky-watchers, then and now, we see that at certain times, the grahas move swiftly, but then slow down in apparent speed and stop, and for a period of time appear to move backwards against the stars until they stop again and resume forward motion. The apparent backwards motion of the planets is referred to as retrogression. In the Sanskrit texts, the term used is vakra which translates as moving backwards, wandering, on a curved path, vagrant. The associated grahas with backwards motion as referred to as vakri grahas.

We refer to the retrograde motion of the grahas as apparent retrogression because the grahas are still very much continuing their motion around the Sun, but for an Earth based observer they appear to be standing still or moving backward. In order to understand how this happens, we must allow ourselves to engage in two types of visualization. The first view is the astronomer's view – as if we were an observer peering at the Solar System from above. The astronomer's view is very useful for understanding the physics of how the bodies in the Solar System, stars and galaxies function – think of Newton, gravity, Moon shots and the like. The fact that the Sanskrit name for planets, graha, comes from the same root as gravity, suggests to me that the Indian sages understood more of this perspective of the Solar System than western scholars have realized.

For the purposes of learning about retrograde motion, we will consider the simpler case of the grahas which are farther from the Sun than the Earth: Mars, Jupiter and Saturn, called the superior planets by astronomers.

Retrograde motion and the night sky

As jyotishis we must always keep in mind the sky-watcher's view. This is what the observer on Earth actually sees of the planets and stars, and what our observant ancestors saw. An artist or painter learns to set aside that 3-dimensional construct of how the world is put together and just draw and paint what the eye sees. Just so, when the astrologer remembers the ancient teachings and looks at the sky, the significance of retrograde grahas makes total sense.

To understand how retrograde motion reflects in the night sky, let’s look at a Mars retrograde cycle that takes place starting on Sep 9 2020. At this point in time Mars starts to reverse direction and go retrograde. This cycle continues through Nov 13 2020 when Mars reverses direction again and turns direct.

Let’s look at the path that Mars takes during its retrogression cycle as shown in Figure 1 above. Beginning on the right side of the image as indicated by date 7/1, we can see that even though the time increments are roughly the same, approximately a two week interval, the distance traveled is getting smaller and smaller, until the distance traveled between 9/1 and 9/15 is actually quite small comparatively.

Therefore we can infer that before a graha goes retrograde, its movement against the stars of the night sky begins to slow down. This does not mean that the graha is slowing down in its orbit around the Sun, but instead it’s only the apparent motion of the graha as seen from Earth that results in this artifact of observation.

We can also notice that around 9/15 the current phase of forward motion ends, with Mars turning retrograde and moving back towards the constellation of Pisces. Indeed by consulting an astronomical ephemeris we can find out the exact date when retrograde motion begins, which takes place on 9/9.

From the figure above, we can also recognize that Mars is retrograde for a period of approximately two months, with the retrograde phase completing around 11/15. In fact, Mars turns direct on 11/13 which coincides closely with what’s shown in figure 1.

Finally we can see that after turning direct, Mars begins to accelerate, as shown by the greater distance covered during the month of January 2021. Indeed by January 15th, you can see Mars in Aries right under the the first of the twin marking stars of the nakṣatra Aśvinī at 10° Aries.

The concept of retrograde motion can be challenging, given that planets move in a constant forward direction around the Sun. The retrograde motion observed in Figure 1 appears to be at odds with the actual planetary motion.

A key to resolving the conflict presented by our knowledge of the Solar system, and the observed retrograde motion of planets, is to reframe the viewpoint to an Earth based observer.

An additional insight can be obtained through the recognition that the various tārā grahas — Mercury, Venus, Mars, Jupiter and Saturn — have different orbital cycles around Sun, with those closer to the Sun completing a cycle faster than those farther away.

Let’s continue the analysis of retrograde Mars as an example. Mars takes 687 days3 to complete a revolution around the Sun, as compared to the Earth which takes 365 days. From this we can conclude that there will be a point in the Earth’s orbit around the Sun during which the faster moving Earth will be approaching Mars, eventually overtaking it, as shown in Figure 2 below.

Examining Figure 2 in more detail, notice that at position #1, Earth is quite a distance behind Mars, and from our point of view on Earth, Mars appears to be moving forward against the background of stars as shown by the path traced at the top of the figure. At positions #2 and #3, Mars is still moving forward but at a slower rate as evidenced by the smaller distance covered against the night stars. At position #4, the Earth has come close to catching up to Mars, so much so that Mars appears to be stuck at one point in the sky as the Earth catches up. At position #5, the Earth can be seen between the Sun and Mars.

By now the more rapid motion of the Earth has overtaken Mars and it appears that Mars is moving backwards against the sky. At position #6 the Earth is so far ahead of Mars that its backward motion has ended and Mars appears stationary. At position #7, Mars is now in direct motion and gaining speed. Finally, at positions #8 and #9, the Earth has continued past Mars, and looking against the stars we continue to see Mars moving forward against the night sky.

The student with previous exposure to Western astrology may be puzzled because the meaning given to retrograde differs from Jyotiṣa. A number of Western astrology practitioners now treat the slowing down and apparent backwards motion as an indicator of weakness or deficiency, or at best a turning inward. Why the difference? No one really knows exactly why, but I will share my opinion. On a philosophical level there has been an unconscious bias in twentieth and twenty-first century Western culture to view “progress” as the ideal, and thus when a planet is retrograde, it is not going in the “right” direction. Although both Jyotiṣa and Western astrology study cycles of time, this is still a difficult matter to convey in cultural translation. The great scholar of astrology, Nick Campion, described this attitude of modern European culture as “a profound syntheses of a series of myths concerning the nature of time.”4

I also surmise, on a more practical level, that modern Western astrology grew up in a time of use of tables of planetary positions and motions rather than on direct observation of the sky. These retrograde motions are easy to see in an ephemeris and in the calculation software, where they often don’t show the brightness. They did not tend to look in the sky and notice the other phenomena connected with the state of retrograde planets.

The description of retrograde grahas detailed in śāstras, the ancient texts, emphasizes their strength and brightness. This quality is evident both from an examination of the night sky as well as an understanding of the mechanics of retrogression in which retrograde grahas are closest to Earth than at any other time in the orbit.

Years ago as a Western astrologer I could not make much sense of retrograde in my readings. With the understanding of the retrograde graha strength and brightness, I find that I can use these śāstra based principles in my practice with ease.

The following two articles in this Journal volume will discuss retrogression from both and interpretive viewpoint and from the perspective of the śāstras.

Lynn Bootes has been studying and practicing Jyotiṣa since 2006 when she took a course under Dennis Harness at Kepler College. Later she completed the Level I and II courses at ACVA, completing in 2010. She has continued studies with Penny Farrow as well as study of Sanskrit. Her background in Western astrology began in 1970 and she holds an MA from Kepler College in the history of cosmology. She lives in Tulsa, Oklahoma, where she has a consulting practice. Her Astrobiography series appears in Astrologic Magazine.