What you see is What you Get 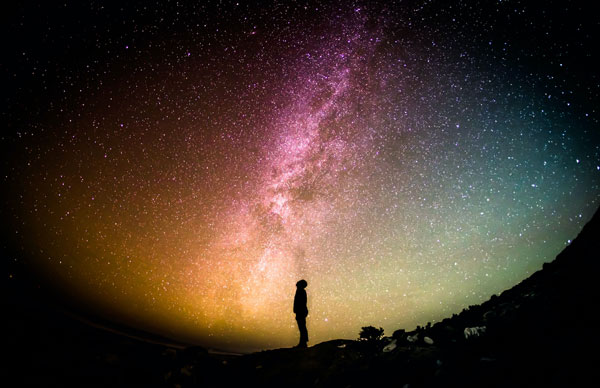 It all started when someone looked up. We will never know who. Most likely it was an instinctual, collective looking-up because survival depended on it. If our progenitors had not looked up and figured out that when the Sun was low in the western sky it would be good to return to the cave before nightfall, they might not have had a chance to contribute their gene pool to subsequent generations!

The ancients also observed the Moon’s waxing and waning as well as its cyclic progress through particular star groups. And they observed other bright moving celestial bodies, the planets. Their emerging appreciation of the dazzling array of cosmic patterns built a deeper relationship between humans and the cosmos and made it possible for them to align to the forces of the natural world by understanding the passage of time. Planning a stable future through timing devices, such as solar and lunar calendars, was a huge leap forward in establishing humankind as a dominant force.

It is not accidental that the Sun and Moon commanded attention - they are the brightest objects in the sky. A highly visible object sends a clear message of strength and potency to the viewer. The other grahas, also highly visible, likewise have an inherent strength and a corresponding influence on human affairs.

Direct perception is a primary means of gaining knowledge, the first of three aspects of pramāṇa described in the great Yoga Sūtras, a fundamental work in the yoga tradition. Sage Patañjali lays out the impediments to resolving the fluctuations of the mind. He talks of five fluctuating mind states (vṛttis) only one of which, pramāṇa, is eminently useful, while the rest can lead to various miseries such as misapprehension, dullness, flights of fantasy and pain through clinging to memories. Pramāṇa is the vṛtti that leads us from ignorance to proper comprehension in all of our activities. 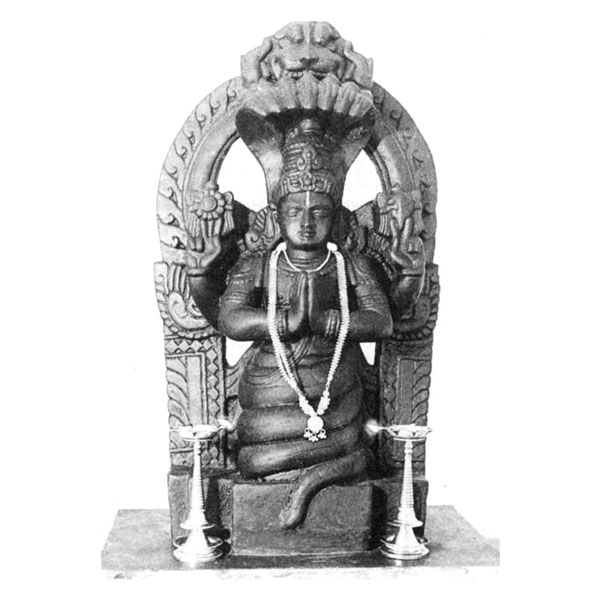 The seventh sūtra states the three components of pramāṇa:

Direct perception, inference and the precepts of the established tradition are the right means of gaining knowledge

All three pramāṇas are pillars of the Vedic tradition in terms of accessing ultimate truths. Unfolding the sūtra, the first pramāṇa is pratyakṣa (direct perception). The word pratyakṣa has two parts, prati and akṣa. Prati is a prefix meaning near and akṣa means eye(s). Eyes are used here as a metaphor for all five sense organs (karmendriyas) - sight, sound, touch, smell and taste. Direct perception through any of these organs is the primary means by which we gain knowledge.

Anumāna, the second pramāṇa, can be thought of as inference. The classic example given in the Vedic texts (śāstra) is that of smoke and fire. Whenever one observes fire, smoke is also perceived through the karmendriyas. Suppose someone sees smoke curling up into the sky but no fire is visible due to the obstruction of a hill. The observer nevertheless correctly concludes that there is a fire. Therefore inference is also a valid means of gaining knowledge.

Āgama is the third pramāṇa. In this context, āgama is the oral transmission of sacred tradition passed down from teacher to student (the guru-śiṣya sampradāya). It also includes traditional lore such as enduring epics and stories and collections of sacred texts. 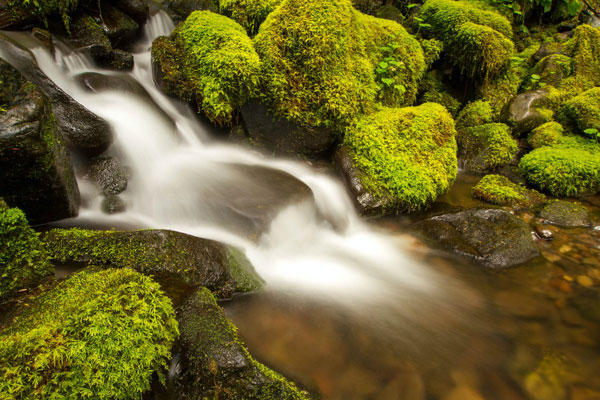 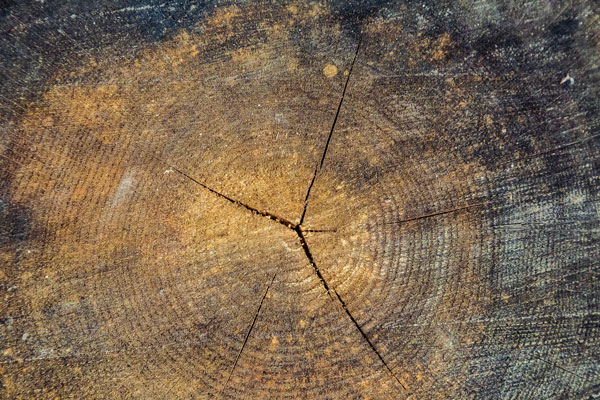 Astrology was born from observation of the sky. The cosmic pattern became a language corresponding to the destiny of an individual or event. This ability to see patterns in nature and ascribe meaning to them is embedded in our psyche. People examine tree-ring patterns and infer a history of rain cycles. The growth patterns of moss indicate the severity of the approaching winter. When tides suddenly and dramatically recede a tsunami is coming.

Phenomena like these are known in the Vedic tradition as nimitta (omens). The Cambridge English Dictionary defines omen as a sign of how a future event will take place. In more modern times, omens have been linked to superstition and consequently largely discredited. However, divination systems of diverse traditional cultures rely on omens whether in the form of dreams, acts of nature like floods and earthquakes, patterns in the human hand or observed sky patterns. 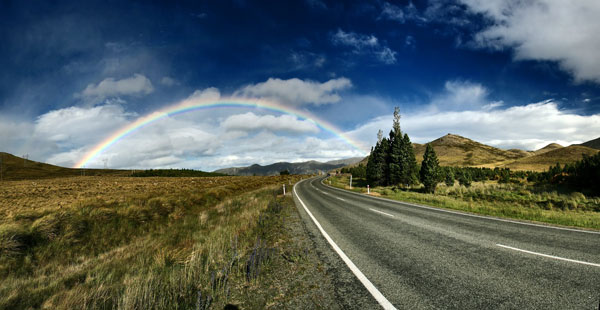 Omens can be glorious portents. I remember well setting out very early one morning on a cross-country drive to attend my first intensive astrology classes with my teacher. Soon a full, luminous rainbow appeared in front of me, lighting my way. I was filled with a prescience that this marked a major change in the direction of my life.

The cosmic pattern is a kaleidoscope of visual omens available to anyone who cares to observe it. Uniquely, the shifting sky patterns are predictable, unlike other omens. The astrologers of old were brilliant observers and mathematicians. They accurately rendered the sky patterns and knew just what the sky would look like in the future and what it had looked like in the past. What they could not directly observe, such as grahas below the horizon or not visible in daytime, they inferred from their calculations.

Because they understood how the sky patterns changed over time, their interpretations and predictions reflected a moving, evolving destiny pattern. They also came to understand the stories these patterns told and foretold and handed down that knowledge as āgama.

Unlike the ancients, all types of modern astrologers rely on the power of computers to facilitate the generation of charts. However, if they do not use the computer’s calculations as a means to visualize the sky pattern before, during and after the event in question, they lose contact with the impact of direct observation (pratyakṣa), the inferences made about those patterns (anumāna) and the authentic texts and oral tradition that expand and confirm the inferences (āgama).

Let’s explore how awareness of the pramānas raises questions that can guide and shape the unfoldment of a chart.

What is observable? What is shining brightly? What patterns do those shining grahas form? Where are they placed in the cosmos?

What can we infer from these patterns? What are the relationships between bright grahas and other grahas? What bhāvas are they in? Are they very bright but not visible either because it is daytime or because they are below the horizon?

What do the ṛṣis say about patterns like this? How often are they referred to in śāstra? What meanings can we derive from the different bhāvas that become engaged through these patterns? Are there relationships with grahas who are powerful by other criteria described in śāstra? What is the timing of these auspicious/inauspicious portents in the person’s life?

Analyzing a destiny pattern in this way assures a three-fold verification through this time honored approach to gaining knowledge.

Yes, there is much more to chart interpretation than the sky pattern, but it all began when someone looked up. So we dedicate this first issue of Cosmic Kaleidoscope Journal to pratyakṣa and the graha strengths engendered by visibility. 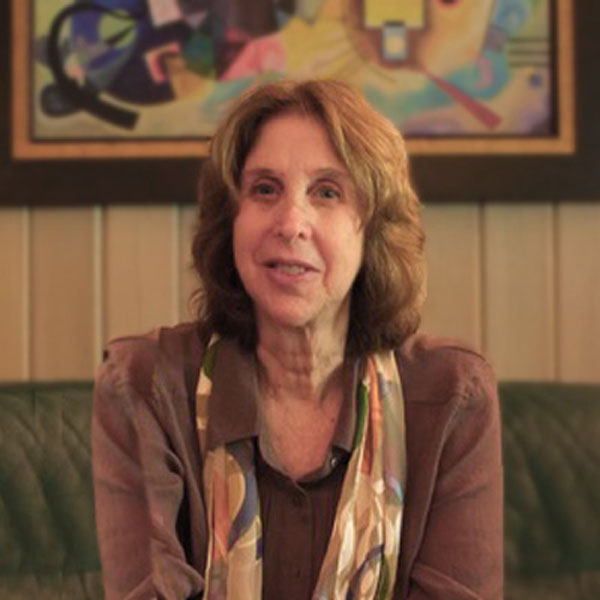 Under the tutelage of Hart deFouw, Penny has found her calling teaching and practicing Jyotiṣa since 1993, She has recently stepped back from doing consultations to devote more time to work with her students, write and spearhead projects like Cosmic Kaleidoscope Journal. She has an extensive online program in both Jyotiṣa and Sanskrit. Her teaching model emphasizes direct contact and mentoring of her students.