Visible in the Sky

How do you look at a North Indian natal chart (rāśi kuṇḍali) to see which of the sapta grahas (excluding Rāhu and Ketu) are visible at any moment in time?

The chart represents our perspective as we observe the sky from our fixed location on planet earth. We see the heavens and all the grahas rotating around us from east to west (diurnal motion) rather than the reality that it is the earth that is rotating on its axis. By contrast, we see the grahas move from 0° to 30° through the rāśis (proper motion) in a counter-clockwise direction rather than the reality that the earth is orbiting the Sun. 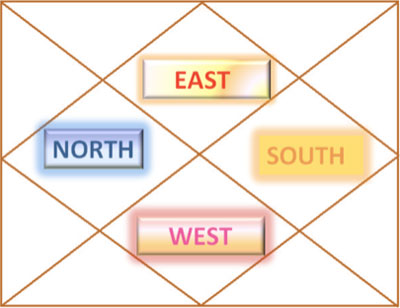 The North Indian natal chart represents the four stations of the Sun - rising in the east, culminating in the south, setting in the west and at the nadir in the north. In between are the intermediary directions (east-south-east, south-south-east etc.) By convention, the east is the first direction, first house or in Sanskrit, the first bhāva. 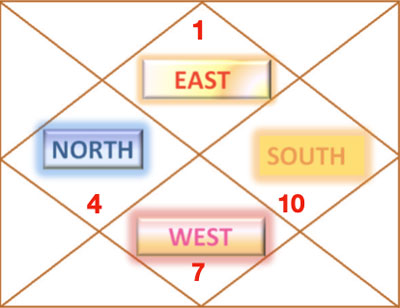 The directions are then numbered counter clockwise reflecting the proper motion of the grahas through the the zodiacal constellations (rāśis)1. Therefore the 4th bhāva is the north, the 7th bhāva is the west and the 10th bhāva is the south. The horizon is across the 1st and 7th bhāvas and an observer facing south would see the ecliptic and any grahas above the horizon at the time of observation (literally if it is at night and in the “mind’s eye” if it is daylight.)

Rāśis that are seen in the 8th through 12th bhāvas are definitely above the horizon and therefore visible. Those rāśis which are not visible (below the horizon) are in 2nd through 6th bhāvas. The first bhāva (eastern horizon) is called the lagna and holds the ascendant point (ASC) which is expressed in degrees and represents the portion of the rising rāśi that is already above the eastern horizon at the time of the event (birth, question etc.).

Generally this same criteria can be extended to the visibility of the grahas that are tenanting the rāśis but other factors (astronomical and astrological and local conditions) not covered in this article, can impact that visibility, especially if a graha is just rising over the eastern horizon or just setting on the western horizon. When it is within a few degrees of the ascendant point (ASC) or the descendant point (DEC), closer examination might be warranted before concluding the visibility of such a graha.

A picture is worth a thousand words so let’s look at a chart and a screen cap of the sky at the time of a birth and see what would be visible. In the screen caps that follow, the yellow line is the ecliptic.and the green line is the horizon line with the directions marked. Where the ecliptic meets the horizon on the east is where the grahas become visible and they set where they intersect in the west.

Beautiful Moon in the screen cap - the only graha visible in the night sky.
Notice in this chart that the Moon is just completely full - almost exactly 180° from the Sun. It is a night birth with the Sun in the 4th bhāva and the Moon at the midheaven (MC).

Several grahas are visible this time - Saturn is rising up to the midheaven, Jupiter is just past it, Moon is still very high and Venus and Mars are moving towards setting. Mars will be setting first. We can’t see Mercury as it is just below the horizon and the Sun has set about 90 minutes before this birth.

Remarkable chart with all the visible (sapta or seven) grahas above the horizon. Since the Sun is up, the observer would not actually see those other grahas but an astrologer, knowing just where every graha is every hour of the day, can “see” in their mind’s eye. This is the principle of inference which is a valid means of gaining knowledge

Nothing in sight! Check it out in the chart. Only the unseeable KE is above the horizon.

Upon encountering a natal chart, it is important for the astrologer to picture the patterns in the sky including the visibility. Very bright grahas become big players in assessing the flow of the karma in key areas of a person’s life. Of course all the grahas regardless of visibility have their say in the destiny patterns shown in a chart as determined by a jyotishi through proper analysis. 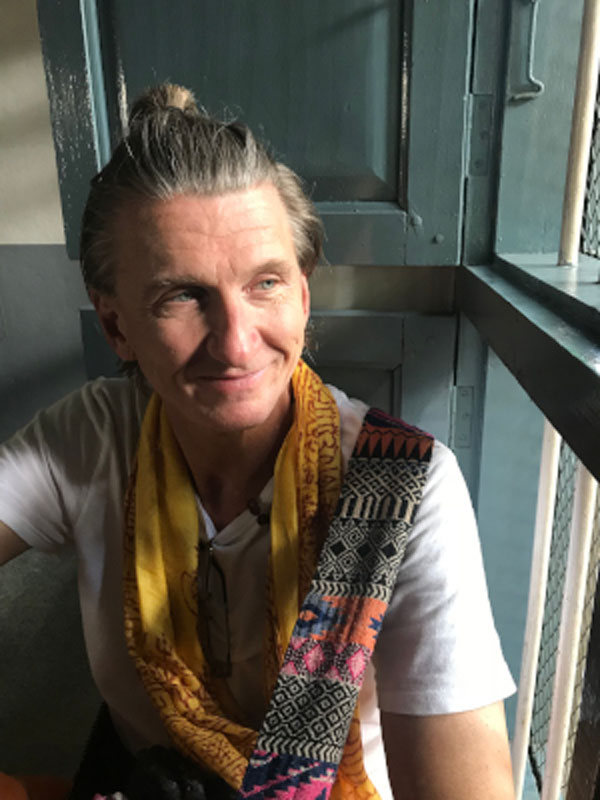 The careers have been many, including computer programming for 40+ years, and behavioral coaching for 18+ years. He is a student of Jyotisha, Ayurveda, Sanskrit, Marma, nutrition, diet, cooking, Yoga and life in general. Ken currently resides near Miami, FL.